You don't have any saved vehicles!

Look for this link on your favorites:

Once you've saved some vehicles, you can view them here at any time.

Drive into the Future: The Toyota Mirai Fuel Cell Vehicle

Toyota Santa Monica is the only dealership in the Los Angeles region to carry the Toyota Mirai. The Toyota Mirai is a fuel cell vehicle — it creates electrical power through combining oxygen and water, meaning its only byproduct is water! The 2019 Toyota Mirai creates zero emissions while providing shoppers a cheaper alternative to the Tesla Model S. Find yours exclusively at Toyota Santa Monica, and keep an eye out for Toyota Mirai fueling stations in LA. 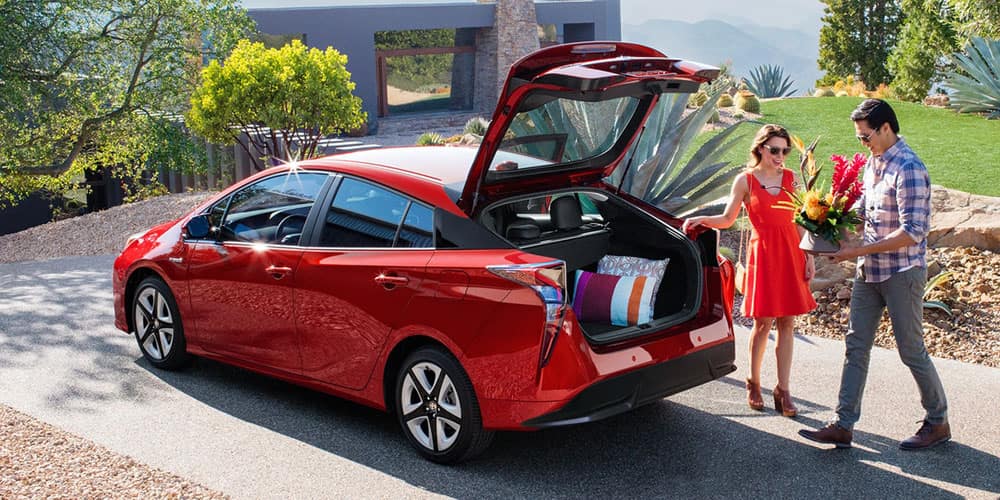 The Prius comes in a number of trims and configurations. Currently, there are two Prius hybrids available in Santa Monica — including the classic Prius model and the Prius Prime. Learn more about the latest Toyota Prius model, and keep an eye out for updates on the release date of the 2020 Toyota Prius at our blog.

Save Money with a Toyota Hybrid, EV, or FCV

When you drive a Toyota hybrid or FCV, you’re not just helping keep our air cleaner, you’re also saving money at the pump. Get behind the wheel of a Toyota Prius with 54 mpg city to help your dollar at the pump go further. Or, choose a Toyota Mirai to get an even better 67 mpge city and highway that uses surprisingly cheap hydrogen fuel. Regular trips from Venice to Playa Vista get pricey if you drive a vehicle that gets less MPG. Step inside a Toyota hybrid or the Toyota Mirai to give your monthly gas budget a break.

Want to learn more about Toyota’s hybrid lineup or the Toyota Mirai? Visit us today at Toyota Santa Monica to see each of these vehicles in person. Whether you’re interested in the Prius lineup, the Toyota Mirai cost, or a hybrid version of your favorite classic Toyota like the Camry, contact us today.

LAcarGUY is the Leader in Hybrids

LAcarGUY dealerships like Toyota Santa Monica lead others in our commitment to both environmental initiatives and hybrid, EV, and FCV vehicles. We’re proud to be a part of LAcarGUY’s environmental commitment. We’ve worked hard to increase the presence of hybrids and fuel cell vehicles like the Mirai in Los Angeles, and we also contribute to green charities and causes, just like all LAcarGUY dealerships.

At our dealership near Venice, we work with Heal the Bay and Global Green to keep our beautiful beachside community clean. Moreover, the LAcarGUY dealership group has received honors at the Environmental Media Association gala for its commitment to eco-friendly causes and vehicles. Trust Toyota Santa Monica and all LAcarGUY dealerships as your source for hybrid vehicles and the Toyota Mirai fuel cell vehicle in the greater Palms area.

You don't have any saved vehicles!

Look for this link on your favorites:

Once you've saved some vehicles, you can view them here at any time.